More than 60 Harry Fairclough employees made redundant when the contractor collapsed have won their legal battle against the business and secured a payout totalling just over £180,000.

A tribunal judged that the company had failed in its duty to its staff after the contractor ceased trading last year.

The Warrington firm was founded in 1898 and closed closed its doors for the final time in February 2020 resulting in more than 150 job losses.

Now 61 former employees represented by legal firm Simpson Millar are due to receive a pay-out totalling £183,056 after an employment law tribunal found that Harry Fairclough had failed in its legal obligation to formally consult with its staff during the ‘redundancy consultation period’.

The pay-out comes in the form of protective awards which have been claimed from the Redundancy Payments Service (RPS), which is part of the Governments Insolvency Service.

Damian Kelly, an employment law expert at Simpson Millar, said: “The collapse of Harry Fairclough had a devastating impact on the many employees who were left out of work with very little notice. 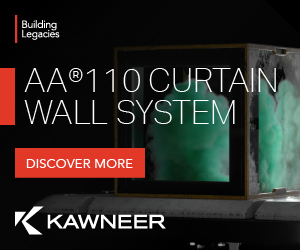 “We are delighted to have now secured a Protective Award for those affected, which will provide much needed peace of mind following what has been an incredibly tough year for anyone looking for work within the construction industry.”

A Protective Award is an award of compensation of up to 90 days’ gross pay that can be awarded by an Employment Tribunal for failure by an employer to follow the correct procedure when making redundancies.

Kelly said: “While many people assume that job losses are simply inevitable if a business enters into administration, not least in the construction industry given the uncertainties around lockdown regulations during the past year, employers do still have a duty under current employment law legislation to carry out a proper consultation with staff at risk of redundancies.

“When that law is disregarded, it is possible, as Simpson Millar has demonstrated, to hold the company to account through the Employment Tribunals.

“Sadly we are working on behalf of several thousand clients whose livelihoods have been affected by the turbulence caused by the pandemic over the past year or so.

“Of course, the process to claim for a Protective Award does not result in an influx of cash immediately, and this has been exacerbated by the lengthy delays in the Employment Tribunals nationwide which are also still suffering from the outfall of Covid with a 60% increase in employment law claims as a result of Covid.

“Nevertheless, legal protection remains in place to support people who are made redundant without being taken through the correct consultation process, and the money recovered in successful claims will provide some longer-term security for those affected.”

The RPS is a government funded scheme set up to pay up employees up to a maximum of 8 weeks’ pay in the form of a protective award where an employer has become insolvent and has therefore decided not to properly consult with its employees over inevitable redundancies.

Everything you saw and everything you might have missed at Day 1 of Viewpoint’s 2021 Collaborate conference. Gerri Nielson

How to Create Your Construction Data Strategy [Checklist]